How to get success in NDA exam in first attempt, prepare like this 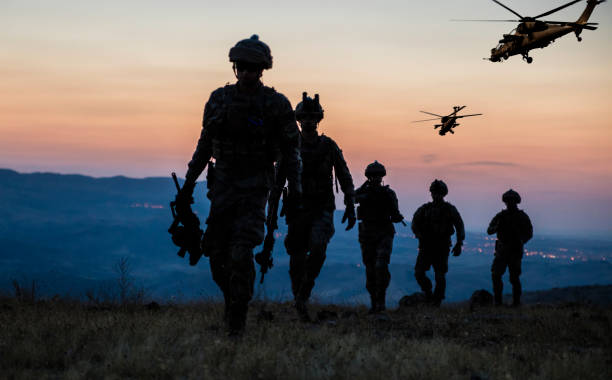 Every youth has a dream to serve the country and illuminate the name of their country in the world. In such a situation, whenever a teenager thinks like this, NDA comes first in his attention, so that he can serve the country. Rest of the job is only a job but I am proud to go to NDA. It is also the dream of every parent that their son should make the country proud. Even in the era of electronic gadgets, patriotism is the first choice of youth. Where lakhs of youth are thinking of going to IITs and IIMs, more youth are trying to join NDA. So let us tell you how to be successful in NDA in one go.  DoonIAs Academy

First of all, to go to NDA, you must have passed 12th with Physics, Chemistry and Maths. The age limit to appear for the NDA exam should be between 16.5 years to 19.5 years. Students studying 12th class this year can also apply for this exam. If you prepare for NDA like this then you will definitely get success. Pay more attention to maths. Every year the paper comes tough in the NDA exam. Give maximum time to solve maths questions. Continuous effort is the key to success, so pay special attention to maths. In a day, you must give at least 4 hours on maths. Simultaneously revise Physics and Chemistry.

If you read the newspaper daily then it becomes very easy for you to go to NDA. Every update of the world is found in the newspaper everyday. In such a situation, by reading the newspaper, your current affairs and general knowledge gets covered completely. Solve previous year question papers again and again. The panacea to clear any competitive exam is to solve previous year question papers again and again. By preparing previous year question papers, students get an idea of ​​what type of questions are coming, and this makes it very easy to give the exam. If you want to take the NDA exam, then solve the question paper of the last three to four years time and again. Make good use of time. It is important to use the time properly in competitive exams. Try to ask as many questions as possible in less time. Every day you should try to solve as many questions as possible. Suppose you solve 60 questions in 1 hour 60 then on the second day you should solve 70 questions. This will help you to solve the maximum number of questions in the exam. Managing time properly in competitive exams makes the exam easy.

Be physically and mentally strong:

For going to NDA, Physics, Chemistry and Maths are as important as it is physical. Because you go to NDA to serve the country, you must be strong both mentally and physically. If you are physically weak then you should pay attention to it from today itself and do exercise daily. If you pay attention to all these things then you will definitely get success in NDA.